He had some exciting years in Los Angeles where his wife Betsy and sons Demian and Max were also film actors. John fronted a rock band in the 1980s, acted in plays at The Odyssey and the Mark Taper Forum, played an array of bad guys, cops and doctors on TV during the “L.A. Law / Hill Street Blues” era, and supporting roles in movies including Titanic and L.A. Confidential.

In 2001 he began life anew with a second marriage (to actress Laurie Walters) and a new job as theatre and American literature teacher at Nordhoff High School in Ojai. Loved best helping kids find their own voices, and now volunteers as a coach and advisor. Retired in 2012 to pursue his dream project, a solo play-with-music called “Whitman Sings”.

Photo: That’s John as Verges on the right with John Allee as Dogberry in 2012 Much Ado at Kingsmen Shakespeare Festival, a frequent summer home. 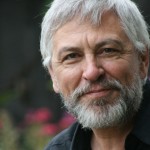 John Slade has a theatre arts professional for over 40 years.  As a student at the University of Michigan, he wrote plays under the tutelage of Arthur Miller’s mentor, Dr. Kenneth Rowe, and four of his plays won national writing awards:  the Avery Hopwood Award (two consecutive years), HiWay Magazine’s national writing competition, and the World Law Fund International Television Scriptwriting Award.  With classmate Gilda Radner he founded the East Bound Mound, a “floating repertory company” which juxtaposed drama, comedy and music and was, according to Radner, a forerunner of Saturday Night Live. He later graduated with high honors from the USC School of Theatre, received his teaching credential in English from LAUSD, and his masters in theatre education from Northern Colorado University.

By age 23 he was Artistic Director of the Gristmill Playhouse, a professional stock company in Andover, New Jersey, and was resident actor at Baltimore Center Stage. Since moving west, he has acted at theatres throughout Southern California, including the title role in Shakespeare’s King John, which won Dramalogue, Drama Circle and L.A. Weekly awards, and Satan in Vaclav Havel’s retelling of Faust, Temptation, at the 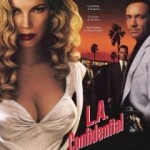 Mark Taper Forum. He has twice played the redoubtable King Lear; Friar in Romeo and Juliet, Cassius in Julius Caesar and Prospero in the rock-and-roll Tempest parody, Return to the Forbidden Planet.  He also played Clive Bell in Catherine Ann Jones’ On the Edge: The Last Days of Virginia Woolf at Theatre 150, and Scanlon in One 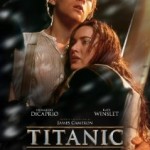 Flew Over the Cuckoo’s Nest at the Rubicon Theater.  In addition to numerous guest star roles on network television during the era of “Hill Street Blues” and “L.A. Law,” , John has acted in such films as Slam Dance, Titanic and L.A. Confidential.

John’s favorite theatrical role however, is as a director and writer.  Early in his directing career he won a Dramalogue Award for his direction of Shakespeare’s Henry V at LA’s Globe Theatre, and went on to direct Quilters and The Foreigner for Santa Susanna Rep, Kentucky Cycle at Loyola Marymount

University, and An’ Push da Wind Down at USC, an original drama for which Slade was both director and dramaturg.  The production won the 1996 American College Theatre Festival Award in a field of over 900 entries, and was presented at the Kennedy Center in Washington, D.C. Santa Susanna Repertory then invited Slade to write a play based on Davy Crockett’s autobiography, and the resulting production, Crockett, By Himself, earned him a Valley Theatre League Award for direction.

This led to another commission from SSRC to adapt Shelby Foote’s novel, Shiloh, into a play with music, for which he again won Valley Theatre League awards as both writer and director.  In praise of this production, the entertainment magazine Back Stage West wrote:

“The show is a product of able, thoughtful and talented artists.  Shiloh may be destined for broader audiences (and) may grow into a standard.”

From 2001 to 2012 John taught literature, film studies, and theatre arts in Ojai, California where, according to the Ojai Valley News, his productions developed a reputation for quality and relevance. 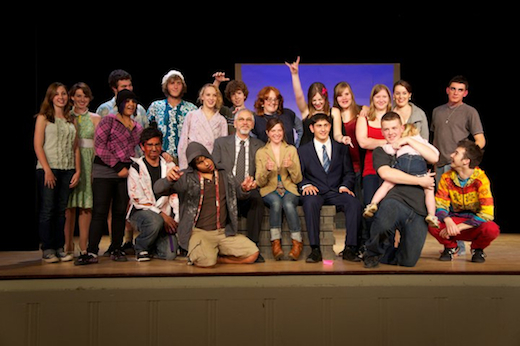